A good description of black sitcoms in the 90’s is revolutionary, original and so god damn addicting. Maybe that’s why so many Hollywood executives are so hellbent on reviving most of their shows. I’ve heard that shows such as The Fresh Prince and Martin are in the process of coming back to our small screens in the near future. I wasn’t the biggest Fresh Prince fan, but Martin? No. No. NOOOOO! I love all of my Martin memories and there’s no way that it could possibly be the same after all of these years. All they’re going to do is sour my good memories with new ones, and it would completely break my heart if the show didn’t reach the same level of success as before. There’s not one black person on this Earth that I know who doesn’t LOVE the Martin show. So much so that we’ll continue watching reruns until the end of time.

One of my absolute favorite shows from the 90’s is A Different World. This show was so much more than just that to me. It was the first time that I had seen so much realness on television. And with black people? They weren’t just talking about worldly problems, but problems that black people dealt with as well.  This show explored issues like race and class relations, domestic violence, the HIV/AIDS epidemic, the LA riots, and even discussed the Mammy image and it’s negative effect on black culture’s image of beauty and self-worth. When I heard the theme song playing, “I knooow my parents love me…..,” you better not bother me. You couldn’t tell me that Hillman College was not a real college. A Different World definitely made me feel like, “I don’t care what anyone says, but I’m going to an HBU or Historically Black University.” My father adamantly advised against this, due to the rough time that he had at Southern University in Baton Rouge, La, but a part of me always wished that I would have had that experience. You had characters like Dewayne Wayne, who was a math genius, Jaleesa Vinson-Taylor, who was the definition of a strong woman despite her circumstances, or my favorite, Freddie Brooks, who was a free-spirited, passionate student who was always on the front line of any pressing issue facing the community or environment. These were rare examples on television that showed us that we CAN go to college, we CAN be a math genius and no matter what we go through in life, we CAN come back from it. This sitcom had so much positivity in each episode and characters like that not only stick with you, but inspire you even when you don’t realize it. While they’re talking about relaunching these shows, I’m hoping to God they don’t try it with this one. 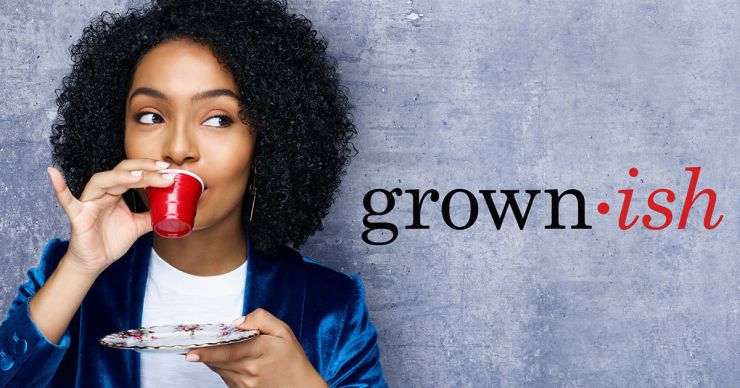 Although I’m not particularly excited about the idea of A Different World Part 2, I do feel like these messages are necessary for the younger generation. Instead of shows like Love and Hip Hop Atlanta season 31, we need to focus on upcoming shows like Grownish. Many people have actually compared Grownish to A Different World, and although they do have some similarities, they’re quite different. What I really like about Grownish is they do try to give an accurate depiction of the college life. The episodes aren’t as deep as the messages that A Different World gave us, but it shines a positive light on a young black woman in college. Can we just pause and give a shout-out to Yara Shahidi?! She plays the main character, Zoe, on Grownish, but in real life this 18 year old phenomenon is attending Harvard University while also filming this show. She also takes the time to speak to unapologetically educate all who need to hear it on topics such as social injustice. You should follow her on Instagram at @yarashahidi. Back to my point: I feel like this show is just scratching the surface of the possibilities that we have in black television. I’ve already mentioned in my previous post, Hella Relatable, that black culture is hot right now and so is black television! While I absolutely love shows like Power and Atlanta, I’d love to see more shows that gave me the same feeling as A Different World did. I want the younger generation to feel like the sky is the limit for them, and instead of shows depicting black people that are struggling or only making it out of their circumstances by doing it illegally, I’d love to see the image of a black man or woman who overcame their battles, who are doctors, lawyers or like A Different World showed us, just college students trying to get there. I try to see inspiration in everything. I see it in television, I hear it in music and I read it in books. Hillman College was just one of the many inspirations that I came across as a child and these images represented the possibility of success in my eyes. I know Hillman technically isn’t real and Freddie Brooks doesn’t exist, but it’s an image that you can make real in your own life. If you think positively, then positive things will happen and if you think you can, then you will. I encourage everyone to hold on to what’s positive in their lives even if that positivity comes from a simple television show.

Poetry, music, theater, and movies have always intrigued me, and all things artistic live at the core of who I am. I've always kept a composition notebook at my side at all times whether that be for journaling, writing music or writing my ideas. At some point, I realized that what I was searching for to express myself had been there all along in my writing. I hope to inspire and invoke thought into each and every one of my readers. Blessings! View all posts by Asia Bradley

WOULD YOU BE ABLE TO DATE A MAN WHO ISN’T ON THE SAME LEVEL AS YOU?